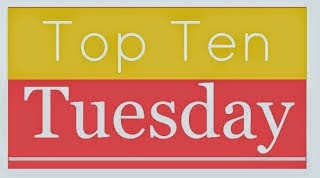 (Top Ten Tuesday is hosted by The Broke and the Bookish.)

Most of my November writing will be for NaNoWriMo, but I saw this topic today and had to join in. Links are to my reviews or to “appreciation” posts about the books mentioned.

The Stand — Stephen King
I read this when I was about 19 or 20 years old, and I remember loving it. I also loved the mini-series that aired a few years later. While I re-watched the mini-series a couple of times, I don’t think I’ve ever reread the book. It’s been over 20 years, and I still have it, so I really should find the time to revisit it.

The Madness of a Seduced Woman — Susan Fromberg Schaeffer
A co-worker lent me a copy of this book was I was about 17. Not only did I love it, but Schaeffer became one of my favorite novelists. I’ve read her book The Injured Party at least four times, but I’ve never reread this one. Since it was the first one I read by her — and yes, I have my own copy now — I’d love to read it again.

Middlemarch — George Eliot
Because I’ve only listened to the audiobook three times, and that’s not nearly enough!

The Passage — Justin Cronin
I bought and read this when it first came out, and then I reread it two years ago before reading the second book in the trilogy, The Twelve. I’m planning to read BOTH of them again when we get close to the release date for the third book — which is sometime in 2015, but not soon enough for me!

Tinkers — Paul Harding
I read this three or four years ago. I thought the writing was beautiful, but I didn’t truly appreciate it. When I read Ancient Oceans of Central Kentucky last month, it reminded me of Tinkers. I think I’d get more out of this if I read it a second time.

My Cousin Rachel — Daphne du Maurier
This one is a similar situation to the Schaeffer book: I read My Cousin Rachel first, enjoyed it, and then went on to buy and read a bunch more books by Daphne du Maurier. (I actually own a pile by her that I haven’t read yet — she wrote A LOT of books!) Since it was my first du Maurier, and it was so long ago, I’d like to go back to it.

King Dork — Frank Portman
This is one of the funniest books I’ve ever read — laugh-so-hard-my-stomach-hurts kind of funny.

Florida — Christine Schutt
This book mesmerized me. I’ve since read two other novels by Schutt, and one story collection, and they were all good, but they didn’t infect me the way Florida did.

Appetites: Why Women Want — Caroline Knapp
I’ve struggled with my addictive tendencies, and still do too much emotional overeating. This book touched me deeply, and I probably should have read it again before now.