The only thing I knew I wanted to do while at this work conference in Madison, Wisconsin, was to return to Avol’s Books. We had a meeting in Madison in maybe 2007, and I was blown away by this store. I spent about 45 minutes there tonight after dinner, until it closed at 9pm, and I could have browsed at least another half hour. I also have to say, I was very good: I only bought one book, and it’s one that had been on my wishlist/watch list for over a year. It’s called Passionate Minds: Women Rewriting the World. Plus, it was only $6.50, and it’s in great shape! Yay!!!

Without further ado, a few shots from inside Avol’s. The blue paper you see in the fourth picture has a “map” of the store, where the different rooms are and what topics are included in each section. Yes, there are that many rooms. 😀 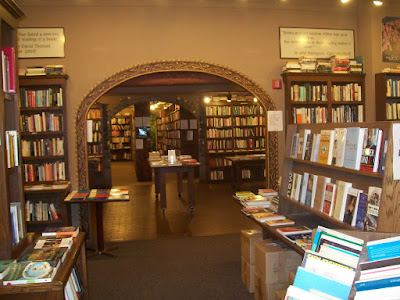 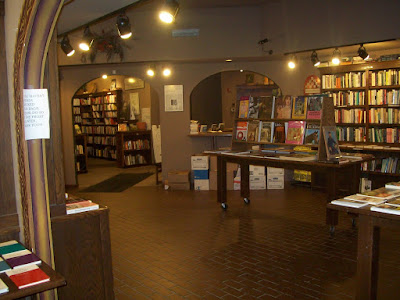 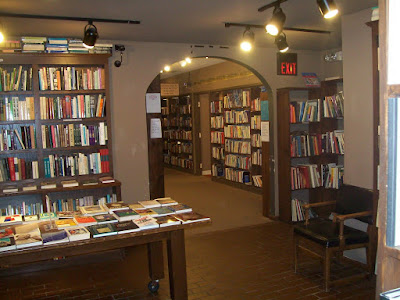 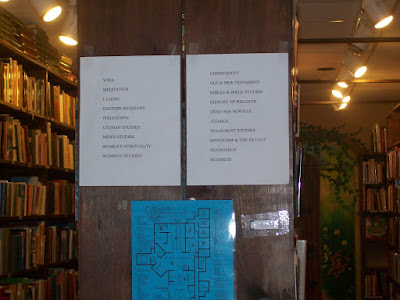 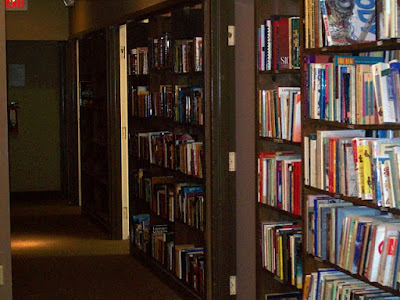 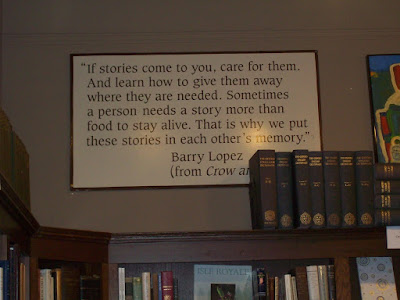