I talked with Jerilyn last Tuesday after she visited my mom, and she said she’d spent about 90 minutes with her. They had a good conversation, including my mom asking why she’s getting hospice services, and Jerilyn saying that my mom had really been declining earlier in the year, so she had needed the extra care. (I haven’t heard anything official yet about ending her hospice services, so I think we’re status quo for at least a couple more weeks.) My mom told Jerilyn, it wasn’t that she had wanted to die, she just didn’t really want to live; she’d felt apathetic about life. Jerilyn told me that, medically, there’s not much going on with her, and she was doing all right cognitively as well, asking about a few topics they’d touched on two weeks before, during Jerilyn’s last visit (prior to a week’s vacation). So, she’s still holding steady.

Jerilyn also asked me if I had any pictures of my mom when she was younger, and at various stages through her life. She said she was really curious to see what my mom had looked like when she was younger, but also on a more practical level, some new pictures would give them some new things to talk about, because “we’ve pretty much talked out” the half dozen or so photos she has displayed now. She and my mom had agreed that “Marie probably has a lot of the old pictures,” and I assured her that I did. I told Jerilyn that after my dad died, I’d worked around some of the junk (and the roaches) in the old apartment, specifically looking for things like photo albums and my dad’s high school yearbook – the things that could never be replaced if they were lost or ruined – and I’d packed them up and had them shipped to Kansas a while later. (My brother did most of the work in the old apartment, I’ll give him that. My time was very limited, so I just focused on finding and getting out what I wanted to keep, while he had to do most of the disposal.) I promised Jerilyn I’d get some photos together and send them to my mom as soon as I could.

As I looked through some of the old photo albums this past Friday (Jeff and I took Friday and today off from work, because Saturday was Ryan’s birthday), I marveled at how creative my mom used to be with her hair. I only remember her having long straight hair when I was young, and then late in my elementary school years, or during my time in middle school, she started getting it cut more regularly, and never had it that long again. (I can still hear her saying, “I said I wouldn’t cut my hair until the end of the Vietnam War. I didn’t know it would last that long.”) And, I remember seeing curlers in our apartment at some point, but I don’t remember my mom using them, or doing anything to really “style” her hair, as she obviously did in her teen and young adult years.

My mom was born in August 1945, and in the first picture, she’s almost three years old. Note the photos with animals – that’s actually why I added that first one with the cat. I believe that my mom has always liked animals better than people, but I can’t recall if she actually said that, or if it’s just a feeling I’ve long had about her. Most or all of the black and white photos were probably taken at my grandparents’ house in Norton, Massachusetts. My grandmother is better at getting dates written on photos than anyone else I’ve ever known, so most of the dates you see below are thanks to her record keeping. 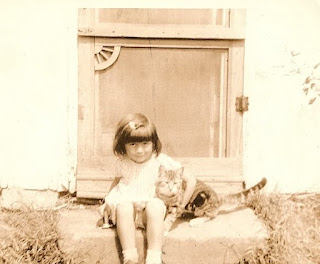 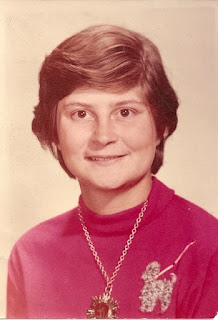 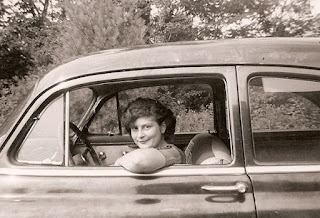 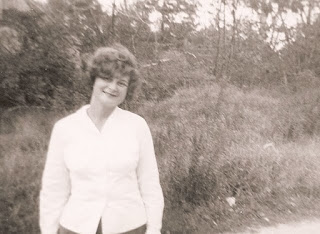 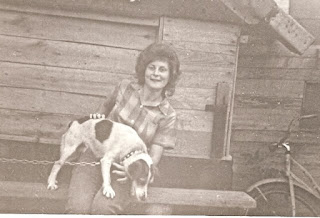 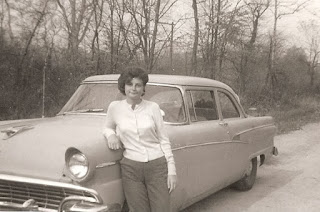 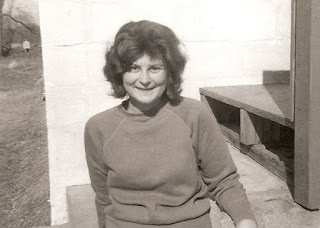 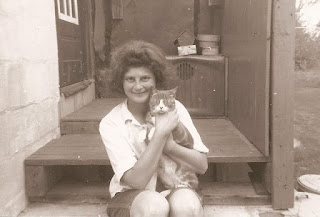 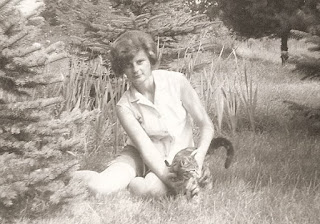 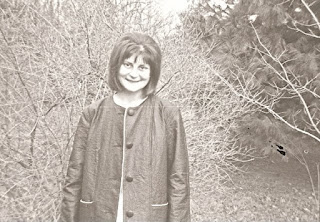 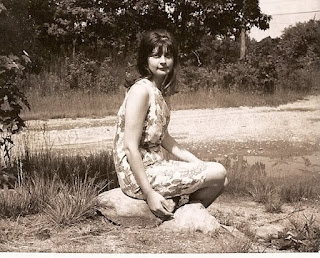 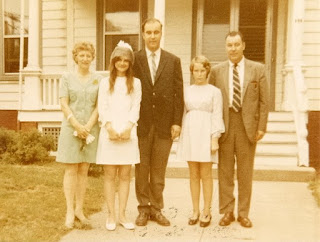 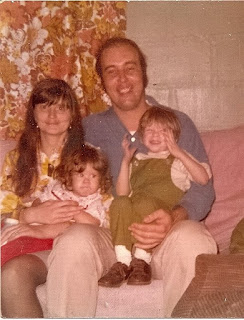 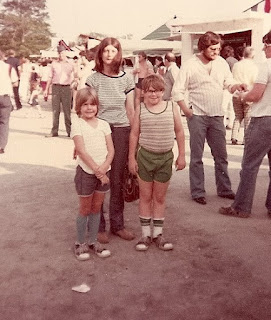 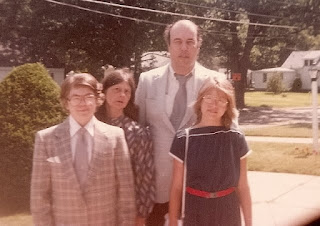 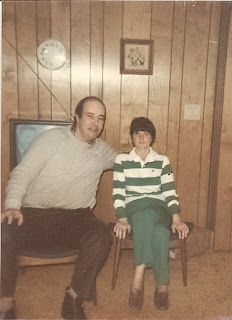